About Taste of Jerusalem

Is this your business?

QUALITY INGREDIENTS
We using only the highest-quality ingredients to cook our food and create fresh authentic flavors that can only be achieved through proper preparation.

VEGETARIAN CUISINE ALSO
We offer Vegetarian Dishes, No meat doesn't mean no excitement thanks to these amazing plates. Visit our menu to learn more.

AUTHENTIC HOOKAH
A full-service hookah with variety flavors at Taste of Jerusalem.
Each bowl is individually crafted for you, using authentic Egyptian Hookah. 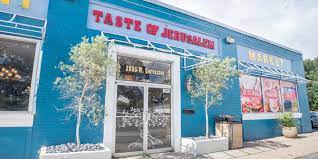 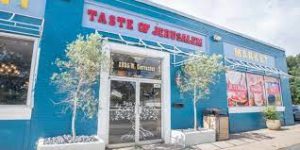 Food has united the world for centuries. It is instrumental in joining friends and family at the center of all our common celebrations. Weddings, holidays, and graduations are nothing without good laughs and good food. What we eat and how we eat it goes beyond festivities to our most personal relationships with identity and culture. Whether we are vegan, vegetarian, Kosher, or Halal, our meals play a key role in our lives and story.

Taste of Jerusalem’s story begins with Chef and Owner, Ray Sehweil. He has been diving into the art of cooking since he was just a teenager. In 1986, Ray started working in the kitchens of his local YMCA and the King David Hotel. After arriving in the United States in 1991, Ray opened two Gyro’s restaurants in Peoria, IL. Tired of the cold Chicago winters, Ray turned his sites to the Sunshine State! Ray relocated to Pensacola in 2010 and has been planting his roots with his family and restaurants ever since.

Ray’s love for cooking is deeply personal and passed down through the generations. Growing up, Ray was always fascinated by his mother’s artful cooking. She would spend hours in the kitchen utilizing the finest olive oils and spices straight from their backyard! The complex and enticing flavors of the region never failed to create tasty meals.
Today, Ray’s children enjoy the same passion for food. His eldest son carries on the tradition by working alongside him in his restaurants. Ray’s daughter recounts her favorite childhood memories with dad frequently grilling in the Chicago snow, baking elaborate pastries at 2 AM, and never failing to have The Food Network on instead of ESPN like other dads.
Food is happiness to us here at Taste of Jerusalem, and we hope to share that happiness with you in each bite.

Please Login or Register an Account to Claim Listing

Would you like to add your business to our site?